Therian Williams joins Gillespie’s coaching staff after spending the past three seasons with the Atlanta Hawks. 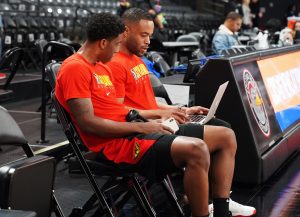 He spent his first two seasons as a basketball operations (Seasonal) before being promoted to assistant video coordinator and player development assistant in 2018.

Prior to the Hawks, Therian was a video coordinator and player development coach for his alma mater, Saint Mary’s College of California from 2014-16.

An Antioch, Calif. native, he graduated in 2013, earning his BA in Sociology while serving as the men’s
basketball program manager for four seasons.