Assistant Coach Cheaney begins his first season with the Skyhawks, after spending last season in an assistant role for the Erie BayHawks. Prior to Erie, he was an assistant coach for the St. Louis University men’s basketball team (2013-16).

Drafted by the Washington Bullets with the sixth overall pick in the 1993 NBA Draft, he enjoyed a 13-year NBA playing career, suiting up for the Bullets/Wizards, Boston Celtics, Denver Nuggets, UtahJazz and Golden State Warriors. He appeared in 825 regular season games (497 starts), owning career averages of 9.5 points, 3.2 rebounds and 1.7 assists in 26.7 minutes per game. 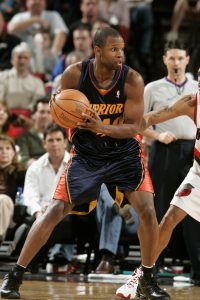 Following his playing career, Calbert spent two seasons working for the Warriors, first as a special assistant in the front office (2009-10), before being promoted to an assistant coach (2010-11). He then spent two seasons as Director of Basketball Operations for the Indiana University men’s basketball team (2011-13).

The Evansville, IN, native played collegiately at Indiana University under legendary head coach Bob Knight (1989-93). The Hoosiers compiled a 105-27 (.795) record over his four years at Indiana, capturing the Big Ten crown twice (1991, 1993). Named the Naismith Men’s College Player of the Year in 1993, Calbert is a three-time All-American and the Big Ten’s all-time leading scorer with 2,613 career points.

He and his wife, Yvette, have one son, Julian, and one daughter, Sydney.