On Feb. 5, the College Park Skyhawks took a team visit to Turner Studios in Atlanta, something Skyhawks guard Tahjere McCall had been looking forward to for a while.

“When we found out that we’d be visiting Turner, I was ecstatic,” said McCall. 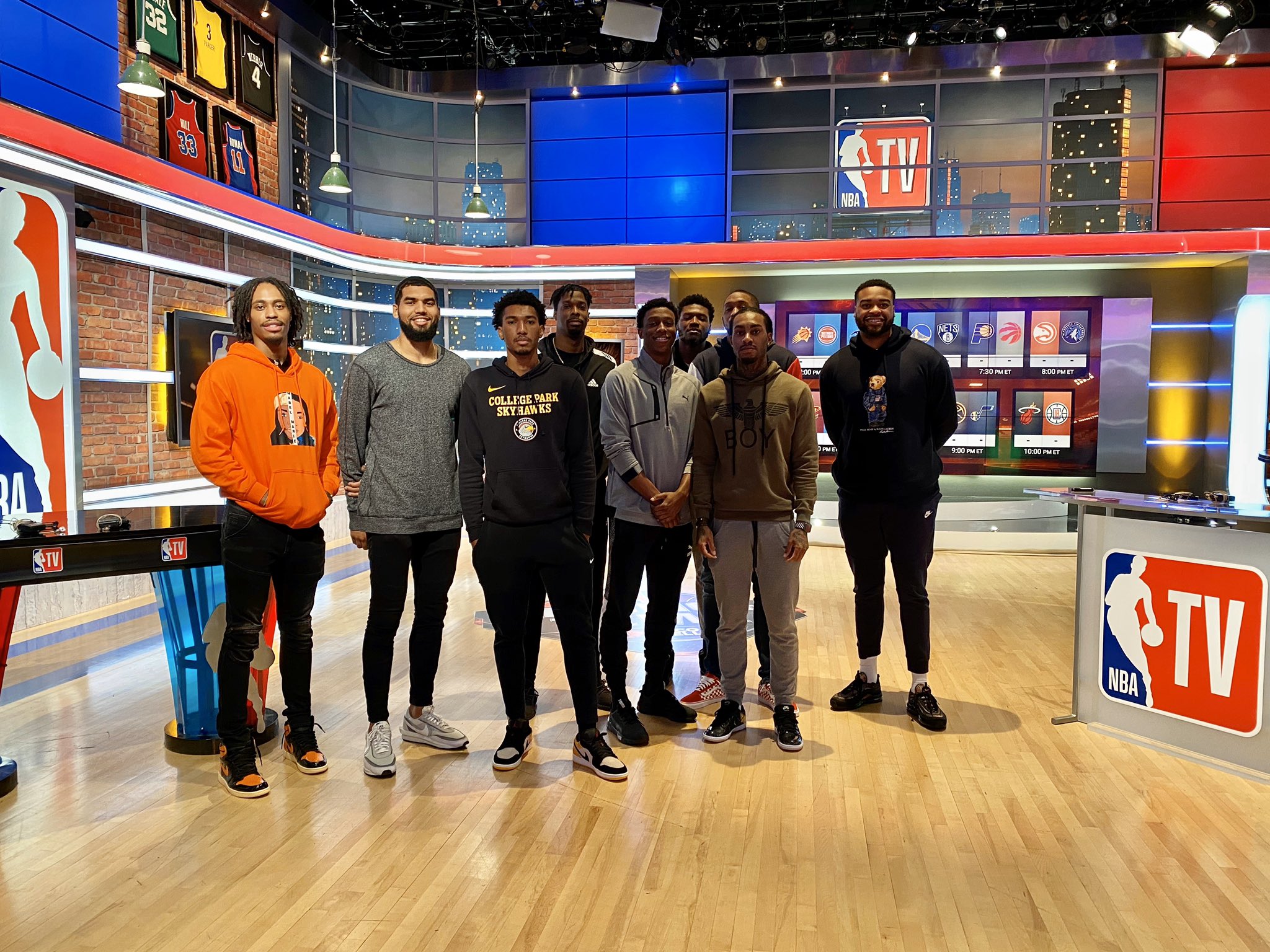 The players went behind-the-scenes, visiting the set of NBA TV and sitting in on a production meeting. McCall, a Mass Communications major, was in his element, asking the producers, directors and talent questions during the two-hour visit.

“My favorite part of the day was that production meeting,” said McCall. “Seeing everything that goes into planning a show was eye-opening. My goal is to eventually be an analysist.”

In the off-season, McCall is planning on pursuing an internship in any department he can at Turner.

“Being a player gives me unique insight into the game, what’s going on in the locker room, all of the extra stuff that the average person may not know. I’m hoping to do something with (Turner) in our off-season.”

After two years playing at Niagra University, McCall transferred to Tennessee State. He was undecided on a major and had been taking business classes until he decided to study mass communications at Tennessee State.

“I’m really talkative and mass communications is a major that allows you to use that skill,” said McCall. “I especially enjoyed the classes in college that were really hands-on. We had to actually (produce) a radio show in one of them and I loved that.”

Known for being a pesky defender, McCall has been a staple in the College Park Skyhawks rotation, playing in 37 games and starting in 29 of those while averaging 12.1 points, 5.6 rebounds, 4.5 assists and 1.8 steals in 28.9 minutes per game. On January 24, he recorded the second triple-double in Skyhawks franchise history: 22 points, 15 rebounds and 11 assists in a two-point loss to Lakeland. His overall production has improved since arriving in College Park in September via a trade from the Long Island Nets.

“Tahj is the heart and soul of this team,” said Skyhawks head coach Noel Gillespie during an interview earlier this season.

McCall McCall didn’t start playing organized basketball until he was in 11th grade and he didn’t grow to be 6’4” until he was done with high school, unlike most of his peers. He focused on defense because it was a skill he felt he could excel at.

“I didn’t play any other sports. I was just a funny kid growing up who loved to talk.”

McCall and the Skyhawks return home after a three-game road trip, taking on the Capital City Go-Go tomorrow. Tip-off is scheduled for 7 p.m. at the Gateway Center Arena @ College Park. For more information on the Skyhawks inaugural season and to register for updates, please visit CPSkyhawks.com. Stay up to date on team news by following @CPSkyhawks on Twitter and Instagram